How Everything Became the Culture War

Home > Political News > How Everything Became the Culture War 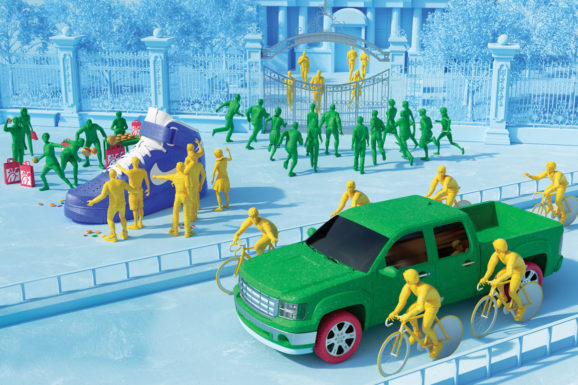 How Everything Became the Culture War

To understand how American politics got the way it is today, it helps to rewind the tape to the presidential campaign of John McCain—specifically to his effort to win back a listless crowd at an otherwise forgettable campaign event in south-central Pennsylvania in the summer of 2008. The Republican nominee had opened by promising a country-over-party approach to politics, recalling his compromises with Democrats like Ted Kennedy: “We’ll have our disagreements, but we’ve got to be respectful.” The Republican crowd sat in silence. McCain then denounced Vladimir Putin’s incursion into independent Georgia, warning that “history is often made in remote, obscure places.” No one seemed interested in that particular remote and obscure place.

McCain just couldn’t connect with the crowd, until he unleashed a garbled riff about how Congress shouldn’t be on recess when gasoline prices were soaring. “My friends,” he said, “the message we want to send to Washington, D.C. is: ‘Come back off your vacation, go back to Washington, fix our energy problems, and drill and drill now, drill offshore and drill now!’” It lacked the poetic brevity of the “Drill, baby, drill” line his future running mate, Sarah Palin, would use to fire up crowds, but the York Expo Center suddenly erupted with raucous cheers. It felt visceral, almost violent, as if McCain had given his supporters permission to drill someone they hated. McCain flashed an uneasy grin, like a kid who had just set off his first firecracker, delighted but also a bit frightened by its power. He wasn’t really a drill-baby-drill politician, but he could sense his party drifting toward drill-baby-drill politics.